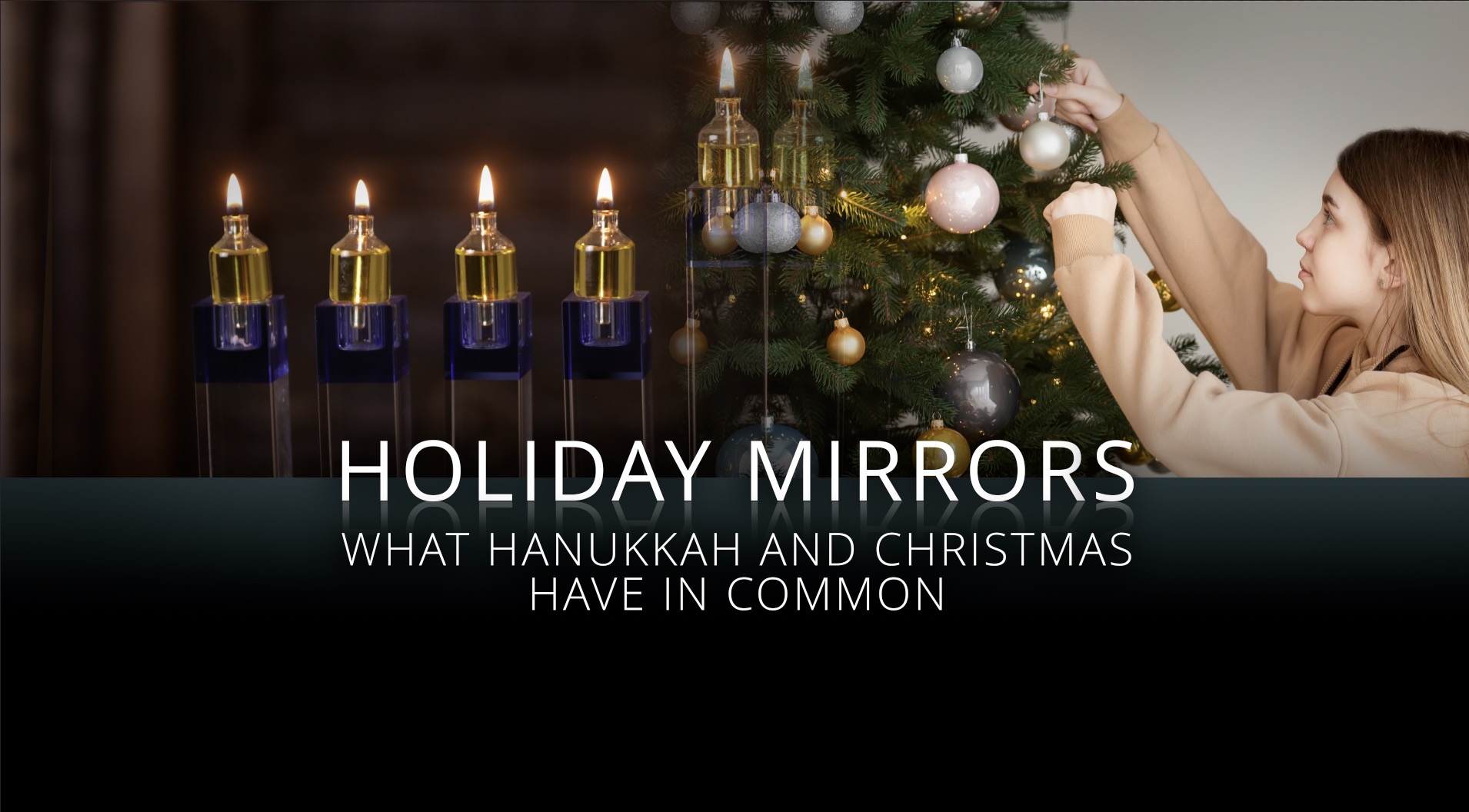 The real miracle of Hanukkah is that for 2000 years we’ve clogged our arteries with this food and still live. – Boris

Imagine eight days of lighting candles, eating cheese and fried foods, and reciting the military conquest in the daily prayers. In one sense, Hanukkah (also spelled Chanukah) is unique amongst all the Jewish festivals as there is no prescription for it in either the Hebrew or Protestant Bibles. Yet despite this conspicuous absence, you would be hard-pressed to find a Jewish child who cannot recount (to some degree of accuracy) the story of persecution under Antiochus Epiphanes and how a band of Jewish rebels led by the Maccabees rose up and drove them out. This sort of ubiquity typifies the power of communal storytelling. As we shall see, the communally-told story can even replace the written history.

As stated above, Hanukkah doesn’t appear in the Bibles that most of us hold. If your Bible includes the Apocrypha, however, you will find it. In passing, there is a brief mention of the holiday in the Gospels. We read in John 10:22-24,

Then came Hanukkah; it was winter in Jerusalem. Yeshua was walking in the Temple around Solomon’s Colonnade. Then the Judean leaders surrounded Him, saying, “How long will You hold us in suspense? If You are the Messiah, tell us outright!” (TLV)

And that right there is your one and only biblical reference. Everything else that we “know” about the celebration of the holiday has come down to us through tradition and oral storytelling.

For example, the first Hanukkah most likely didn’t happen during winter. According to the Rabbis, it took place over Yom Kippur. Eventually, Rabbinic leaders placed the holiday in the Jewish month of Kislev, on those specific dates to coincide with a Roman festival known as Saturnalia. They did this intentionally because one of the central themes of Hanukkah is the battle of the true religion of Adonai against the false religion of Greco-Roman paganism.

These facts suggest that a holiday’s placement on the calendar doesn’t matter as much as the consistent retelling of our story. The steady rhythms of celebration and observance renew the bonds of our collective memory and faith.

The rich tradition and theological substance of holidays like Hanukkah bind us together as a community. A religious Jew, for instance, can walk into a synagogue anywhere in the world and, whether they speak the local language or not, quickly participate in the prayer service. Holidays, feasts, and fasts link us together as a community by giving us points of commonality. Although some might argue that this is true of most religions, these biblical events which God appointed deepen His people’s connection with Him as well.

Holidays, feasts, and fasts link us together as a community by giving us points of commonality.

With all of this in view, let’s take a closer look at Hanukkah. Not only did the Rabbis not institute it when the original events occurred, they specifically “parked it over” (as Rashi says) the eight days of the Greek celebration of Saturnalia. This scheduling decision was strategic! Many of the festivities of Saturnalia mirror those of Hanukkah. These parallels reveal the conflict between God’s Kingdom and this world’s broken, evil systems. Hanukkah’s landing on Saturnalia shows how the things of this world and the promises of its religions are mere counterfeits of God’s reality. In essence, this scheduling of Hanukkah served as an act of spiritual warfare against the forces of impurity that governed Greek religion.

This is an opportune time to mention another holiday billions of people celebrate at this time of the year—Christmas. The earliest mention of Christmas is in the writings of Clement of Alexandria circa 200 CE. He placed the celebration on January 6th but believed the actual event (i.e., Yeshua’s birth) was May 20th. This historical detail is significant, especially for those who summarily dismiss Christmas as derivative of pagan festivals. First, Clement’s January date had no connection to Saturnalia (which didn’t run over December 25th, anyway). There was a Roman pagan festival on December 25th, however: Sol Invictus. But Emperor Aurelian established this celebration in 274 CE specifically to counter the Christian nativity celebrations and religious claims. We should note that there is a record of Christian celebrations of Christmas at least 74 years before the Roman holiday existed.

We don’t provide this historical to suggest that Christmas has not become laden with the trappings of the pagan holidays (or had its biblical essence diluted by commercialism). Whether in food, decorations, or gift-giving, many would argue that these things are artifacts from ancient pagan festivals. However, one must also note that the same could be said (albeit to a lesser extent) with Hanukkah. The gift-giving at Hanukkah is a borrowed custom. It is more typical for Jewish people to exchange gifts during Sukkot. At the same time, we must remember that the Nativity of the Messiah is crucial to our communal storytelling. And in a decision reminiscent of the Rabbis and Hanukkah, the Christian Church in the West moved its Christmas celebration to December 25th (Eastern Christianity still celebrates on January 6th) explicitly to counter the pagan holiday.

Finally, consider one of the highlights of the Nativity story,

But the angel said to them, “Do not be afraid! For behold, I proclaim Good News to you, which will be great joy to all the people. A Savior is born to you today in the city of David, who is Messiah the Lord. And the sign to you is this: You will find an infant wrapped in strips of cloth and lying in a manger.” And suddenly a multitude of heavenly armies appeared with the angel, praising God and saying, “Glory to God in the highest, and on earth shalom to men of good will.” – Luke 2:10-14

Why wouldn’t we want to remember and celebrate an event that caused heaven’s armies to pause and erupt in lavish praise? As much as the Nativity and Hanukkah have some profound differences, they also have some deep similarities.

As such, they both deserve a place in our practice and our communal storytelling.

You are invited to the party! As we mindfully participate in each of these annual celebrations, our spiritual lives will be significantly enriched.

We have collected and produced a special Hanukkah playlist for you on the Rabbi Jason Sobel Official YouTube channel that includes a devotional, blessing, prayer, and lighting for each of the 8 nights of Hanukkah.

"Thank you so much for your podcasts--you are exactly what I have been searching for--a Jewish perspective on the Jewish messiah for the entire world...and you dig into the Jewish meanings with a perspective on Israel and all of its holidays and Jewish meanings--and you go beyond the Bible to dig into meanings that would have been there for the Jews, that I am just missing as a gentile in this century...I can't tell you how helpful your insights are...thank you to you and thanks be to God for your help."