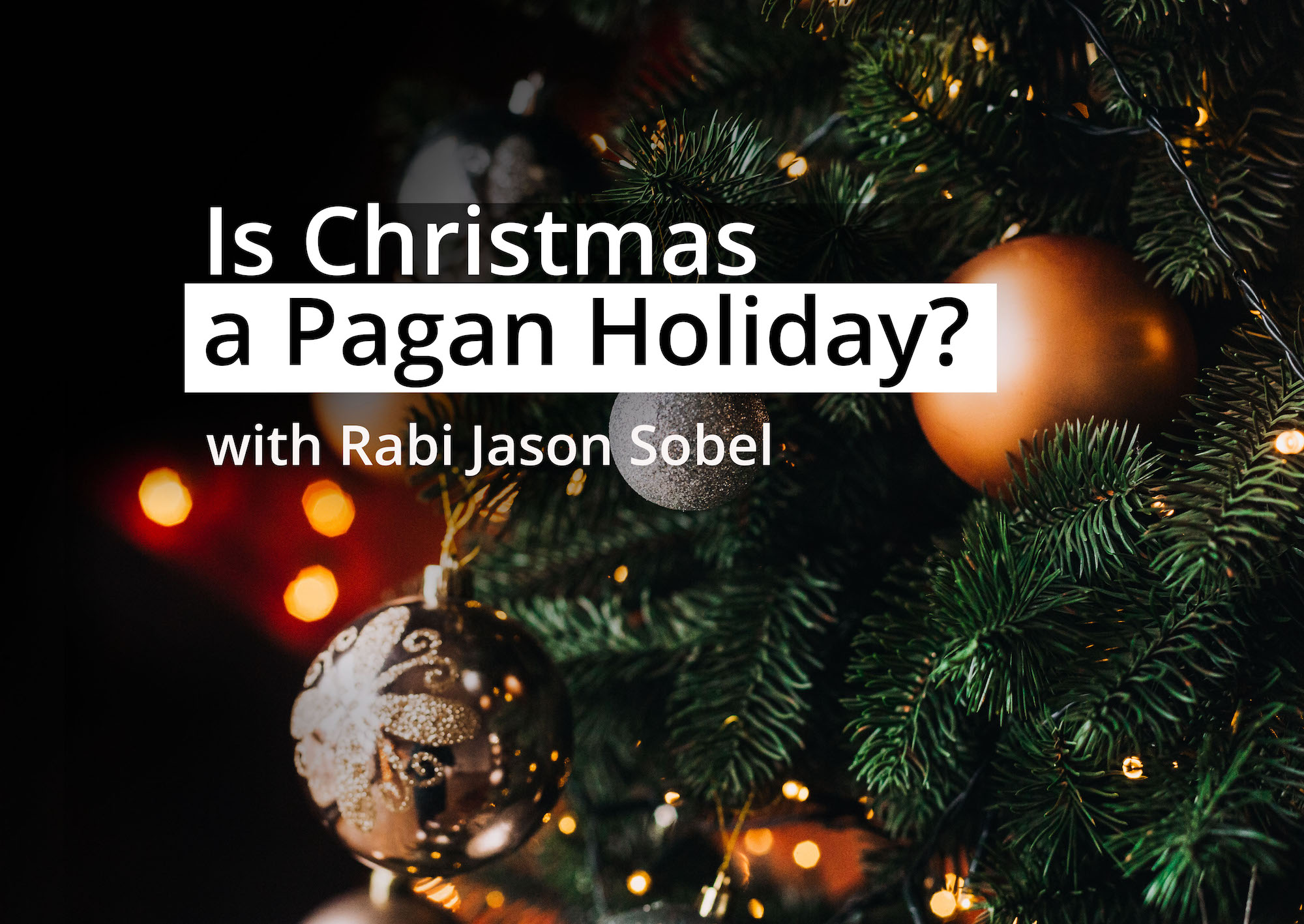 Is Christmas a Pagan Holiday?

In recent years, many believers have come to understand the history of their faith better. This development is worth celebrating, especially for ministries like Fusion Global, which is committed to helping Christians discover their Jewish roots. After all, “Christianity” emerged as a Jewish sect in the Roman Empire. Eventually, the movement (known initially as “The Way” – see Acts 9:2) included more Gentiles than Jews—a historical fact that certainly did complicate matters.

This fact brings us to the subject of Christmas. In the midst of this discovery (recovery?) of Christianity’s history, many believers have learned that the December 25th holiday has “pagan origins.” In contrast to the joy many feel when they discover that Rosh Hashanah isn’t merely a “Jewish holiday” but a feast of the Lord, believers can feel scandalized as they hear that a holiday like Christmas with precious family memories was originally a pagan celebration of the winter solstice (or the Roman god of agriculture, Saturnalia). Clearly then, modern-day believers have no business decorating a tree or exchanging gifts on December 25th…right? (more about Christmas trees later).

It’s worth considering that summary dismissal of celebrating Christmas due to its “pagan origins” is what’s known in philosophy as a “genetic fallacy.” This term refers to faulty logic that insists that “the origins of a person, idea, institute, or theory determine its character, nature, or worth.” Pagan cultures indeed had longstanding traditions of celebrating at this time of the year. Still, it is also true that followers of Yeshua sought to repurpose those celebrations in His honor. A school of thought would argue for redeeming and sanctifying cultural artifacts like this because “the earth is the Lord’s, and its fullness” (see Rabbi Paul’s fuller argument in 1 Corinthians 10:14-33—it seems relevant to this discussion).

Let’s consider a specific “artifact” from Israel’s history: The Temple. God authorized the construction of this holy edifice and marked its dedication by a profound manifestation of His glory (see 2 Chronicles 5:11-14). Yeshua was presented at the Temple and taught in its courts. He even revealed that it symbolized His physical body, which would be torn down on the cross and raised again three days later. Yet the design of this Temple was based on temples in the Ancient Near East used to worship false gods. The message, it would seem, is that God has always been in the business of taking what is meant for evil and using it for good.

And before we conclude, let’s not forget about those Christmas trees. Maybe you’ve heard someone cite Jeremiah 10 as a reason to condemn the practice of having a Christmas tree in your home. The following verses get people’s attention:

The customs of the peoples are useless:
it is just a tree cut from the forest,
the work of the hands of a craftsman with a chisel.

They decorate it with silver and gold,
and fasten it with hammer and nails
so it won’t totter. (Jer 10:3-4)

One of the most critical disciplines for the accurate, faithful study is context. What is the context of Jeremiah 10? The pagan “custom” of making and worshiping lifeless idols contrasts to worshiping the one true and living God who was not fashioned by human hands (He IS the Creator!).

God mentioned the tree in this prophetic utterance because trees were the raw materials craftsmen used to create idols. Jeremiah 10 is not referencing the practice of setting up an actual tree in one’s house but setting up an idol made from that tree in the house. The “silver and gold” refers to the gilding process, covering the carved wood (not ornaments). The reference to a “scarecrow” in v. 5 and the craftsmen in v. 9 clarifies this understanding (of a skillfully crafted idol). Jeremiah 10 addresses many issues, but Christmas trees aren’t one of them.

Should this content be viewed as a call to celebrate Christmas or decorate a tree? No. Indeed, Yeshua’s birth is highly significant to our faith—the “Word became flesh and tabernacled among us” (John 1:14). It’s not as if there’s no reason for His followers to celebrate. But frankly, we do have a reason to be concerned.

The issue at hand isn’t so much the pagan origins of Christmas as much as the contemporary secularization of Christmas! Our energy and focus need to express the valid “reason for the season” and resist our culture’s obsession with material things.

We sing with Mary,

For the Mighty One has done a great thing for me,
and holy is His name.
And His mercy is from generation to generation
to the ones who fear Him. (Luke 1:49-50)

All biblical passages referenced are in the Tree of Life Version unless otherwise noted.

"I love how Rabbi Jason is able to unlock the scripture and show how the alpha numeric nature of Hebrew is literally the mathematical code for creation and life! Mind-blowing. I'm excited to dig into the rest of this study!"