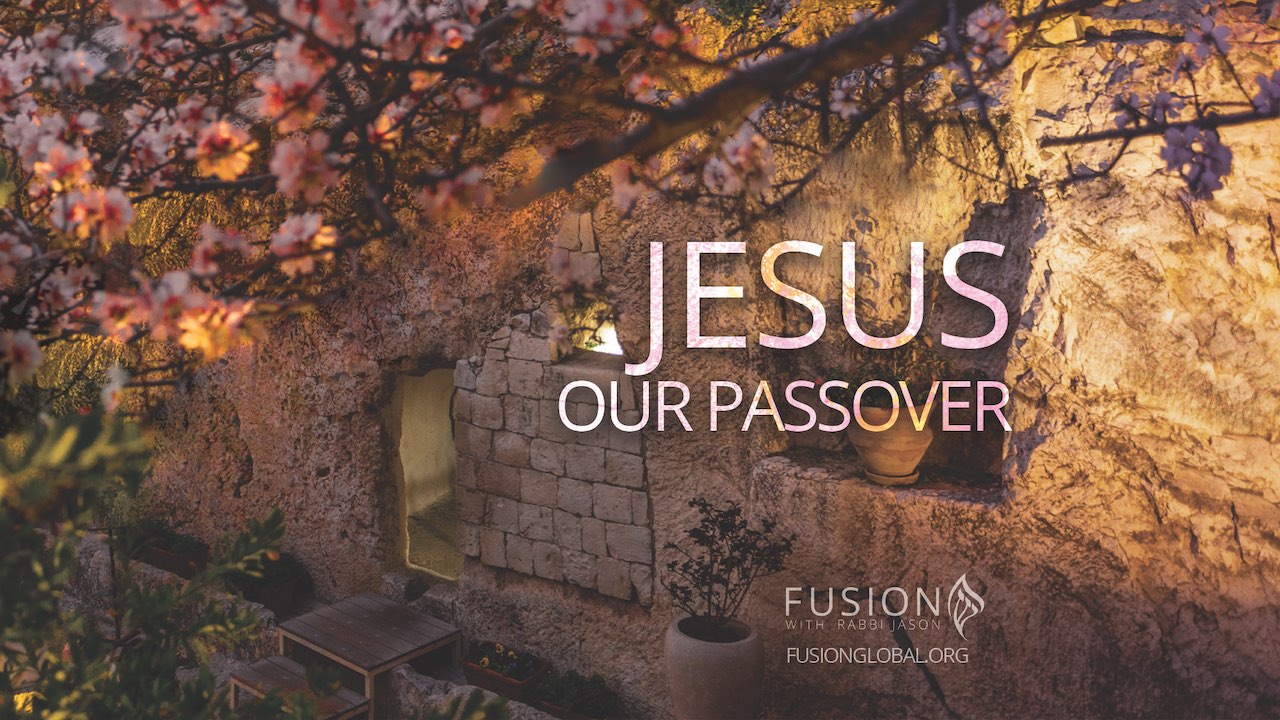 What would be on it if God were to have a business card? Perhaps “The Creator of the Universe,” or “The God of Heaven and Earth.” Yet, at the foot of Mount Sinai, He surprisingly identified Himself as “Adonai your God, who brought you out of the land of Egypt, out of the house of bondage” (Exodus 20:2). The annual holiday of Passover has such a vital role in the history of God’s people. Sages of old coined an ancient saying: “In Nisan (the month Passover is in) our forefathers were redeemed from Egypt; and in Nisan in the future, we will be redeemed by the Messiah.”

Centuries later, we find the fulfillment of this saying through Yeshua (Jesus’ Hebrew Name). His corrupt trial, gruesome death, and triumphant resurrection all took place during Passover in the month of Nisan. Our Apostles recognized that the Messiah was so intimately connected to Passover that they even referred to Him as “our Passover Lamb” (1 Corinthians 5:7; 1 Peter 1:19), but this raises many questions.

Why are the Messiah and Passover so interconnected?

This connection held rich symbolism and deep meaning for the Apostles and the believing community of the first few centuries, but we might find it puzzling. After all:

So, what does it mean for Yeshua Jesus to be our Passover Lamb? To answer these and other questions, let us understand the background of Passover.

We begin with God’s command to Abraham to sacrifice his son Isaac. Isaac asked his father, “Here is the fire and the wood. But where is the lamb for a burnt offering?” Abraham’s prophetic response reverberated throughout history: “God will provide for Himself a lamb for a burnt offering, my son” (Genesis 22:7-8). That moment marked the first time in Scripture that the sacrifice of an animal could take the place of a human. Previously He had made a covenant with Abraham (see Genesis 15:13-14) stating that his descendants would live as slaves in a foreign land, but after four hundred years, God would “judge the nation that they will serve.” The offering of Isaac on Moriah served as a prophetic sign to Abraham that God would judge Egypt through the Ten Plagues. During the tenth plague, God provided a lamb in place of every Israelite family, just as he did for Isaac, to save the Israelites from His judgment of Egypt (see Exodus 12:1-13).

The story of God’s salvation of the Israelites from Egypt permeated every part of the Israelites’ lives. Daily they would recall God’s miraculous deliverance of their ancestors from Egypt (Deuteronomy 16:3). Today, many Jewish families mention the Exodus at every holiday and weekly Sabbath meal celebration. The Bible offers an opportunity to remember how God “passed over” the Israelites by how He commanded them to dress. For instance, every Israelite male straps boxes of parchment to his arm and forehead (Exodus 13:3-7, 14-16) to remind him that God took his ancestors out of Egypt with an “outstretched arm.” Likewise, the Bible prescribes that Jews affix tassels to all four-cornered garments as visual reminders of the Exodus. When the Temple stood, families would make a pilgrimage to Jerusalem to hold an annual thanksgiving feast of a lamb, known as the Passover Seder. God commanded the Jewish people to eat matzah, symbolizing the affliction of slavery in Egypt (Deuteronomy 16:3), and four cups of wine, which they consume during the Passover meal. These four cups also look forward to the future Messianic Banquet (Isaiah 25:6 and 55:1-2), when the wine will be so abundant that the Messiah will wash his garments in the “blood of grapes” (Genesis 49:11).

The prophet Isaiah beautifully elaborates on this theme. He speaks of the Servant of the Lord’s martyrdom on behalf of Israel. His language can be read as a reference to the Israelite’s straying after the Egyptian gods while in bondage in Egypt and the Passover lamb that memorialized their salvation: “We all like sheep have gone astray. Each of us turned to his own way. So, Adonai has laid on Him the iniquity of us all. He was oppressed and He was…Like a lamb led to the slaughter” (Isaiah 53:6-7 emphasis added).

The Apostles pick up on this prophetic connection. Recognizing that Yeshua’s martyrdom during Passover fulfilled Isaiah’s prophecy, they refer to Yeshua as our “Passover Lamb” almost three dozen times in their writings and witnessing (Acts 8:32-33)! The core of the interconnectedness between Yeshua and Passover extends beyond the Apostolic identification of the slaughtering of the Paschal lamb and death on the cross; it is rooted in the last Passover meal He celebrated with His disciples (Luke 22:15).

During Yeshua’s last Seder, He identified Himself with the main elements of the Passover meal—the matzah (unleavened bread) and wine: “He had taken matzah and offered the bracha [blessing], He broke it and gave it to them, saying, ‘This is My body, given for you. Do this in memory of Me.’ In the same way, He took the cup after the meal, saying, ‘This cup is the new covenant in My blood, which is poured out for you.’” (Luke 22:19-20). These verses, which many Christian denominations feature in their celebrations of the Eucharist or “Lord’s Supper,” raise some questions. How does matzah represent Yeshua’s body? What does it mean for the wine to be his blood? Didn’t Scripture prohibit ingesting blood (Acts 15:28-29; see also Leviticus 17:10)?

Matzah, known as “the bread of faith,” can be compared to the manna in the wilderness. The Israelites left Egypt, embarking on a journey through a vast wilderness with no provisions but the matzah they had hurriedly baked (Deuteronomy 16:3). They put their faith in the Almighty and trusted Him to provide. As a result, He fed them for forty years throughout the wilderness with the manna which rained down from Heaven (Deuteronomy 8:1-3). Yeshua drew on this example of God’s providence when He fed the five thousand at the Sea of Galilee during the Passover season (John 6:1-4). In light of this miracle, Yeshua spoke metaphorically to those in the synagogue at Capernaum, identifying Himself with the manna in the wilderness, “I tell you, he who believes has eternal life. I am the bread of life. Your fathers ate the manna in the desert, yet they died…I am the living bread, which came down from heaven…He who eats My flesh…I will raise him up on the last day” (John 6:47-51, 54).

Just as their ancestors physically ingested manna which infused their very bodies with faith, Yeshua called upon those at Capernaum to metaphorically ingest the Messiah sent from above by placing their faith in Him. Yeshua used this same imagery when, at the Seder, He related matzah—the “bread of affliction”—with His body, about to be afflicted on their behalf. He also borrowed from the prophetic imagery of the “blood of grapes” drunk at the Passover Seder to speak of the blood of His sacrificial death. Yeshua masterfully wove together a tapestry of biblical symbols and motifs to give deeper symbolic meaning to the matzah and cups of wine at the Passover Seder.

Understanding the meaning and symbolism so familiar to the Apostles and early believers, let us heed the words of Paul, “In the same way, He also took the cup, after supper, saying, ‘This cup is the new covenant in My blood. Do this, as often as you drink it, in memory of Me.’ For as often as you eat this bread [the matzah] and drink this cup [the four cups at the Seder], you proclaim the Lord’s death until He comes” (1 Corinthians 11:25-26).