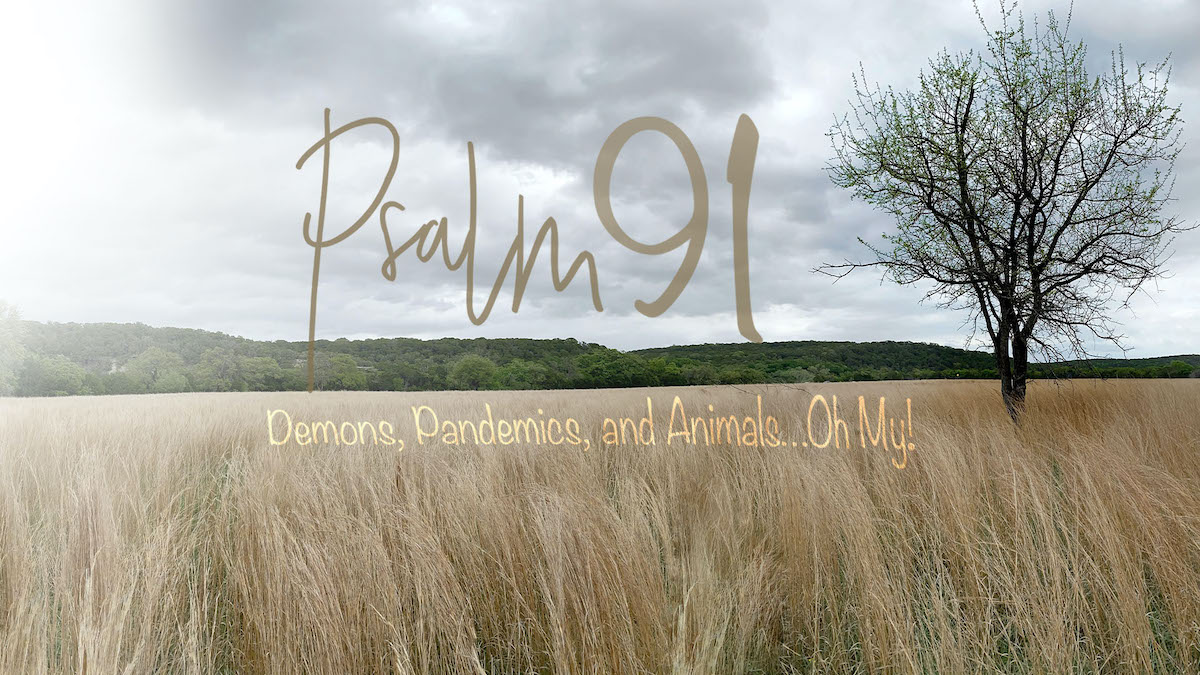 Demons, Pandemics, and Animals…Oh My!

In Psalm 91, what do demons, pandemics, animals, and fighting have in common? Psalm 91 gives the keys to winning battles.

Have you ever punched a shadow? Of course not, but there is a popular form of cardio training called “shadow boxing.” The dictionary defines it as “boxing with an imaginary opponent as a form of training.” Many believers think of spiritual warfare merely as shadow boxing—engaging imaginary opponents. Rabbi and Apostle Paul informs us that even though we do not physically see our demonic adversaries, they are no less real: “our struggle is not against flesh and blood, but against the rulers, against the powers, against the worldly forces of this darkness, and against the spiritual forces of wickedness in the heavenly places” (Ephesians 6:12).

“For though we walk in the flesh, we do not wage war according to the flesh. For the weapons of our warfare are not fleshly but powerful through God for the tearing down of strongholds. We are tearing down false arguments and every high-minded thing that exalts itself against the knowledge of God. We are taking every thought captive to the obedience of Messiah” (2 Corinthians 10:4-5 emphasis added).

Although spiritual warfare can present itself in the physical realm (think of the Gospels’ descriptions of the demon-possessed people Yeshua delivered), the passage in Corinthians makes it plain that spiritual warfare occurs primarily in the domain of ideas and arguments—a mental battleground. Hence, Paul encourages us to “pray in the Spirit,” which is a language he identifies elsewhere with reciting psalms (Ephesians 5:18-19). Psalm 91 is an example of the type of prayer in the Spirit he had in mind. Let’s break this psalm down and give a brief exposition of the different sections, putting all the pieces back together and ending with some observations and applications.

verses 1-8 are from the narrator’s perspective,

verses 9-13 answer the narrator, and

Verse 1 acts as a general introduction to the method of God’s protection: “He who dwells in the shelter of Elyon, will abide in the shadow of Shaddai.”

In other words, when physically dwelling in God’s house (i.e., the Tabernacle and later the Temple), God spiritually protects the dweller. What follows in verse two is the opening declaration of the narrator, “I will say of Adonai, ‘He is my refuge and my fortress, my God, in whom I trust.’”

3 For He will rescue you from the hunter’s trap and from the deadly pestilence. 4 He will cover you with His feathers, and under His wings you will find refuge.

The psalm then switches to battle imagery similar to Paul’s warfare imagery (in Ephesians 6:10-17) that speaks of engaging with demonic attacks:

4b His faithfulness is body armor and shield. 5 You will not fear the terror by night, nor the arrow that flies by day,

Next, the psalm speaks of God’s protection against “plague” and “scourge.” These terms seem to reference devastating diseases or epidemics from which God will spare the narrator:

6 nor the plague that stalks in darkness, nor the scourge that lays waste at noon. 7 A thousand may fall at your side, and ten thousand at your right hand, but it will not come near you.

Verses 8-10 spell out the reasoning for the narrator’s safety, namely for making God his dwelling and refuge, which might allude to dwelling in the Tabernacle/Temple as referenced earlier:

8 You will only look on with your eyes and see the wicked paid back. 9 For you have made Elyon your dwelling, even Adonai, who is my refuge, 10 so no evil will befall you nor any plague come near your tent.

Verses 11-13 speak of protection even from wild animals. These verses are among the most famous from this psalm and have given rise to the practice of reciting this psalm upon embarking on a journey, earning it the title of the “Traveler’s Psalm”:

11 For He will give His angels charge over you, to guard you in all your ways. 12 Upon their hands they will lift you up, lest you strike your foot against a stone. 13 You will tread upon the lion and cobra, trample the young lion and serpent.

The closing section shifts the speaker to God Himself and gives us the rationale for the narrator’s protection and divine favor:

14 “Because he has devoted his love to Me, I will deliver him. I will set him securely on high because he knows My Name. 15 When he calls on Me, I will answer him. I will be with him in trouble, rescue him, and honor him. 16 With long life will I satisfy him and show him My salvation.”

Psalm 91 speaks of safety in military battle (vv. 4b-5), from disease and epidemics (vv. 6-8, 10), and during travel (vv. 11-13). However, despite these references, there is evidence that the primary use of the psalm concerned spiritual warfare. Despite some rabbinic examples, generations before and after Yeshua’s ministry, an incident in His ministry demonstrates the usage of this Psalm in spiritual warfare. After appointing seventy of His followers on their first “outreach” mission, Yeshua conferred authority on them for spiritual warfare. We read that,

“the seventy returned with joy, saying, ‘Master, even the demons submit to us in Your name!’ And Yeshua said to them… ‘Behold, I have given you authority to trample upon serpents and scorpions [emphasis added – see Psalm 91:13], and over all the power of the enemy; nothing will harm you’” (Luke 10:17-19).

Paul described the spiritual weapons in a believer’s life in his letter to the Ephesians (see vi.10-17). These “weapons” exist on the theological foundation of God’s protection revealed in His word:

Additionally, there is one offensive weapon in this armor: the sword of the Spirit, identified as the Word of God (v. 17). These elements of truth—righteous living, knowledge of and faith in God’s salvation, and the proper use of the Scriptures—relate to the three main theological ideas expressed in Psalm 91:

Since ancient times, God’s people have considered Psalm 91 an effective weapon comparable to a sophisticated nuclear missile that strikes at the heart of the enemy’s barrage of attacks. It can deal such a deadly blow that our eternal Adversary even tried to desperately wield it against the Messiah Himself—unsuccessfully (Luke 4:9-13). So let’s use this psalm in our arsenal to stand against the enemy’s schemes, those “false arguments and high-minded things that exalt against the knowledge of God” (Ephesians 6:11).

QUESTIONS FOR REFLECTION AND FURTHER STUDY

"This was really amazing and exciting...I cannot describe what this has done to my heart, mind, and soul. It is as if I have stepped through a door that I have been trying to push open for quite a long time and discovered aspects of God that have been hidden for so long and revealed to me Yeshuas footprints throughout the entire bible. Thank you so very much...And now on to your next course! Bless you, in every way." 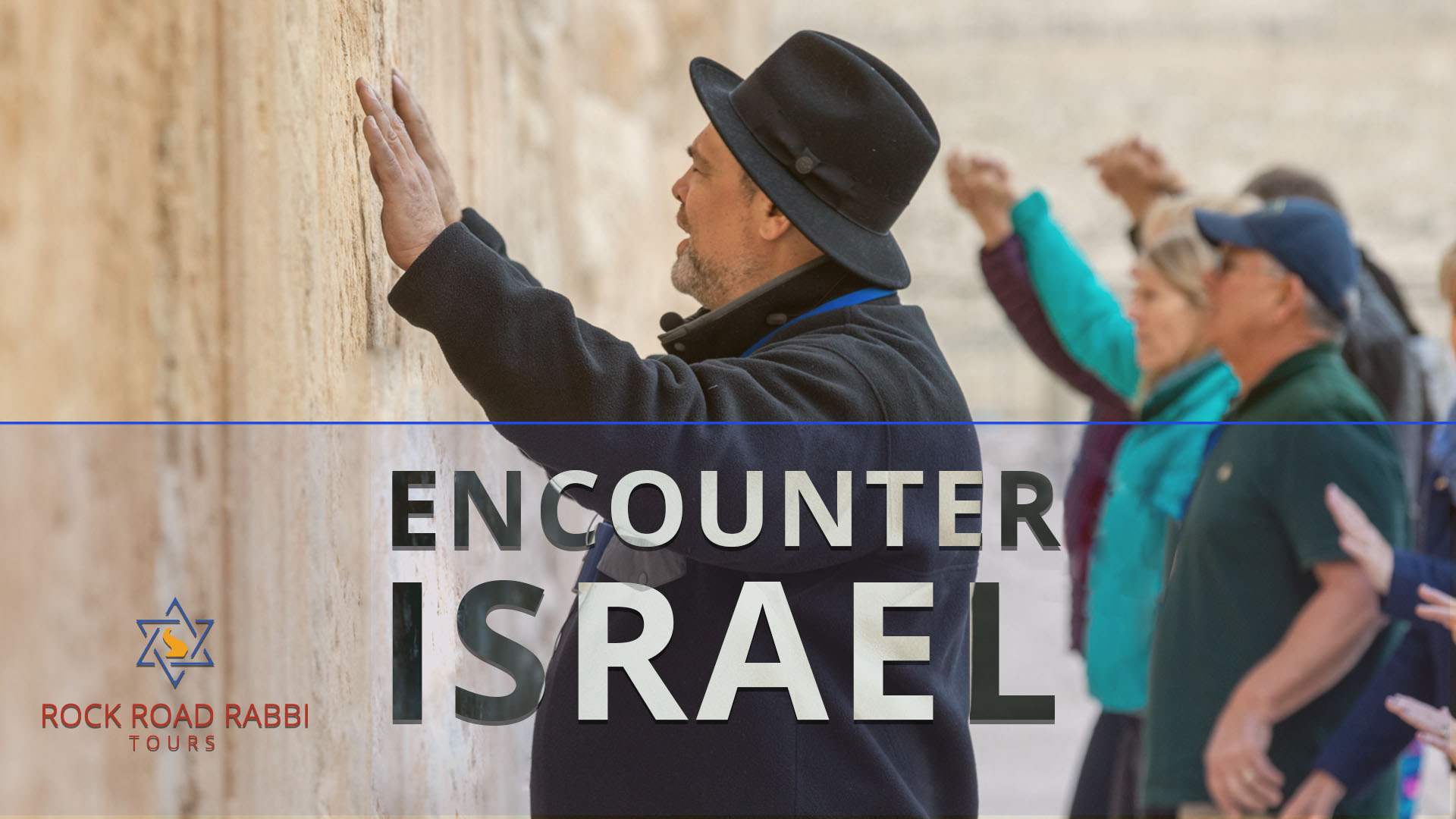 "You could see the wonder in their eyes, much like a young child opening a pop-up book for the first time. The Bible stories coming to life essentially leaped off the page into their personal experience in those powerful moments, an encounter with the Bible and Jesus." 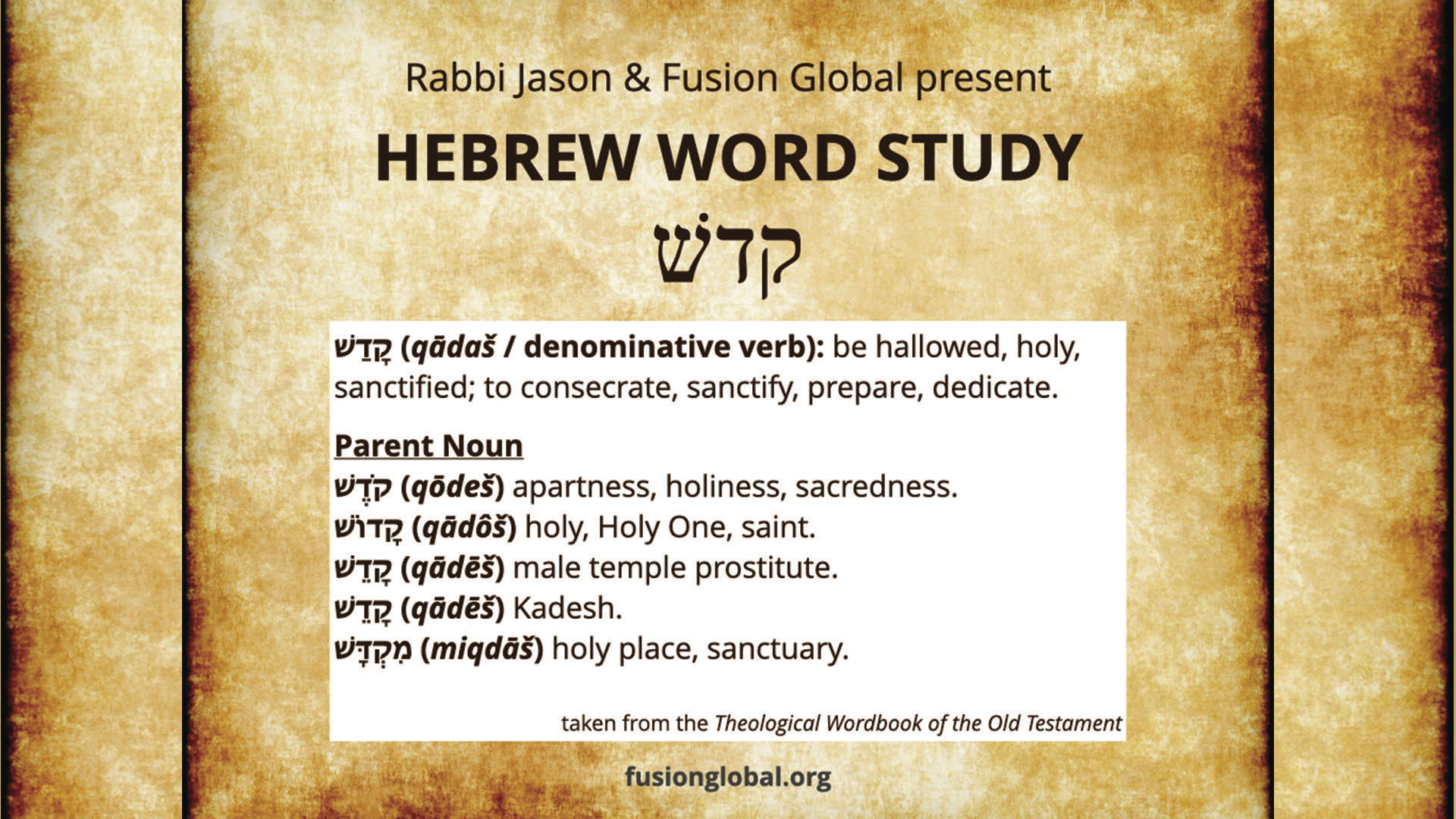