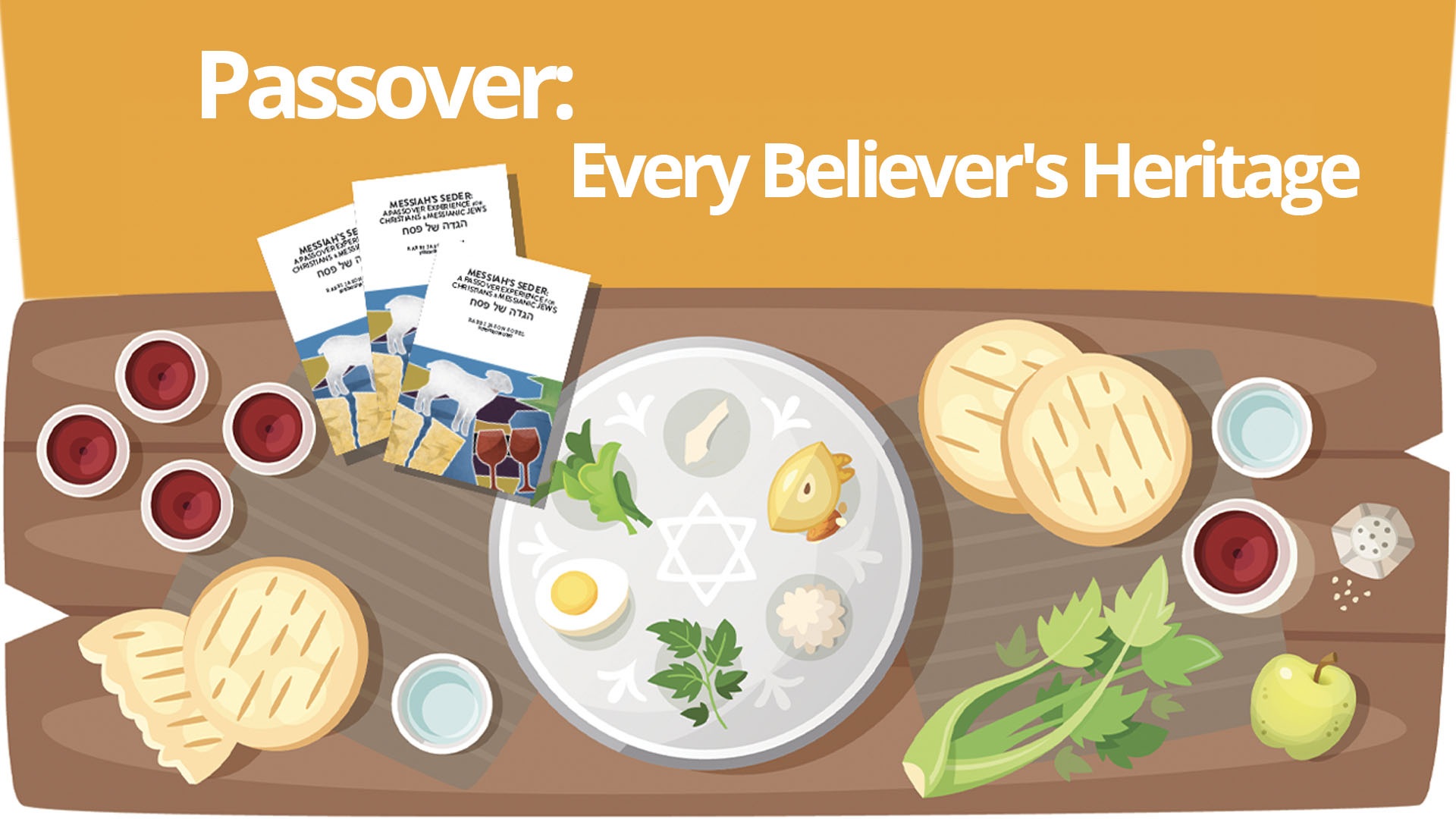 Passover is Every Believer’s Heritage. The annual holiday of Passover commemorates Moses leading the Children of Israel out of oppressive and backbreaking slavery in Egypt into the adventurous freedom of following the God of Abraham, Isaac, and Jacob to the Promised Land. The Exodus fulfilled the covenant the Almighty made with Abraham some four centuries earlier:

“I appeared to Abraham, to Isaac and to Jacob…[and] established My covenant with them, to give them the land of Canaan…I have heard the groaning of Bnei-Yisrael (the Children of Israel), whom the Egyptians are keeping in bondage. So I have remembered My covenant. Therefore, say to Bnei-Yisrael: ‘I am Adonai, and I will bring you out from under the burdens of the Egyptians. I will deliver you from their bondage, and I will redeem you with an outstretched arm and with great judgments. I will take you to Myself as a people, and I will be your God…I will bring you into the land that I swore to give to Abraham, to Isaac and to Jacob, and give it to you as an inheritance.’” – Exodus 6:2-8 (emphasis added)

This message contains a four-fold promise to the Children of Israel of Redemption:

Does this story have relevance for today’s believers? If so, how do we apply it to our lives?

Far from just a holiday celebrated by the ancient Israelites, Passover is part of the spiritual legacy of every believer. The four-fold nature of Passover is the story of every individual believer. In Yeshua, we are relieved from heavy burdens (Matthew 11:28), delivered from slavery to sin (Romans 6:16-20), redeemed through His sacrifice (1 Peter 1:18-19), and brought into the people and covenants of God (Ephesians 2:11-13). Various references from the Apostles’ writings and Church history attest to the historical reality that the early community of believers—both Jews and Gentiles—were familiar with and participated in Passover. So how do believers today reclaim and recapture our spiritual heritage?

On a practical level, every year during the Passover season, we refamiliarize ourselves through the Seder with our Haggadah (a step-by-step guidebook) with the fearsome drama of the Ten Plagues, the miraculous redemption from Egyptian slavery, and the awe-inspiring splitting of the Sea of Reeds. We also reconnect with the Gospel accounts of our Messiah’s last Seder with His disciples, His corrupt trial, His torturous death on a cross, and His triumphant resurrection from the dead—all of which occurred during Passover. Finally, for an even deeper identification with the holiday that our Messiah Yeshua and His early followers kept, we may even engage in a bit of “spring cleaning” to rid our homes and other locales of chametz.

Typically, chametz, which has no exact rendering in English, is translated as “leaven” or “leavening.” More accurately, however, it is defined as any grain product combined with water and allowed to sit longer than eighteen minutes before being fully cooked. Items like bread products, pasta, and other grain-based food are traditionally removed and not eaten during Passover (see Exodus 12:15, 13:6-7). Due to the complexity of modern processed food, those wanting to pursue this should consult an authority well-versed in this identification and cleansing process. Instead of grain products, matzah, a flat cracker-like bread, is eaten during Passover, especially at the Seder.

Participating in (or hosting) a Seder is probably the best way to engage in an authentic Passover experience.

Here’s everything you may need to feel comfortable hosting a Seder from Rabbi Jason Sobel.

The Passover Seder’s purpose is to encapsulate the drama of the Ten Plagues, the Exodus, and the splitting of the Sea of Reeds. The Seder offers good food, joyous songs, rich symbolism, and a significant identification with Messiah Yeshua. More and more believers today are rediscovering and reclaiming the Jewish roots of Christianity, and many have come to realize that the Lord’s “Last Supper” was a traditional Passover Seder meal. Writing to a mixed community of Jews and Gentiles, Paul draws on Yeshua’s statements at the Last Seder and adds, “For as often as you eat this bread and drink this cup, you proclaim the Lord’s death until He comes” (1 Corinthians 11:26, see also vv. 23-25). When done in memory of Yeshua, the Seder can help us achieve a profound union with Him and receive a foretaste of the coming Kingdom of God.

The goal of the Seder is to relate the Passover story. We arrive at this directive from the verse which states, “You are to tell [higgadeta] your son on that day saying, ‘It is because of what Adonai did for me when I came out of Egypt’” (Exodus 13:8). The word used for “tell” is l’haggid. The text we use to retell the Exodus story at the Seder is called a Haggadah. On a fundamental level, we use the Haggadah to tell the next generation how the Almighty “passed over” the homes of those in Egypt who were obedient to the divine command to display the blood of the paschal sacrifice on their doorposts. But it’s not just the next generation that benefits from the Haggadah’s retelling of the Exodus. Believers of all ages can relate to God’s faithfulness to His covenant, His mighty acts of redemption and salvation, and His desire to have a relationship with His people.

On a deeper level, however, we are invited to see ourselves as rescued from Egyptian slavery: “It is because of what Adonai did for me when I came out of Egypt” (Exodus 13:8 emphasis added). The Hebrew word for “Egypt,” Mizraim, comes from the root word metzarim, or “boundaries, limitations.” On a spiritual level, the four-fold promises of God spoken of earlier are part of the fabric of the Passover season. The spiritual reality of Passover is available to bring us out of our own personal Egypt—our limitations—and into new freedom. As we approach this season, we not only cleanse our homes of physical chametz, but we also cleanse ourselves of “spiritual chametz.” Paul encourages us to “Get rid of the old chametz, so you may be a new batch, just as you are unleavened – for Messiah, our Passover Lamb, has been sacrificed. Therefore, let us celebrate the feast not with old chametz, the chametz of malice and wickedness, but with unleavened bread – the matzah of sincerity and truth.” (1 Corinthians 5:8 emphasis added).

Whether you’re celebrating Passover for the first time this year or are a seasoned veteran, take hold of the freedom this holiday offers in Messiah. Reclaim your spiritual heritage by participating in Passover this year, and ask yourself,

“What will I do with my freedom?”

Are you ready to celebrate the miracle of Passover?

We have produced a comprehensive Passover Seder tutorial package just for you! It will create a meaningful Passover Experience: in your home, small group, or event. This resource comes complete with downloads, checklists, videos, and additional resources—you will have everything you need to celebrate. I pray the “Messiah’s Seder” draws you and yours closer to Yeshua-Jesus during this miraculous season.

This resource is NOW AVAILABLE.