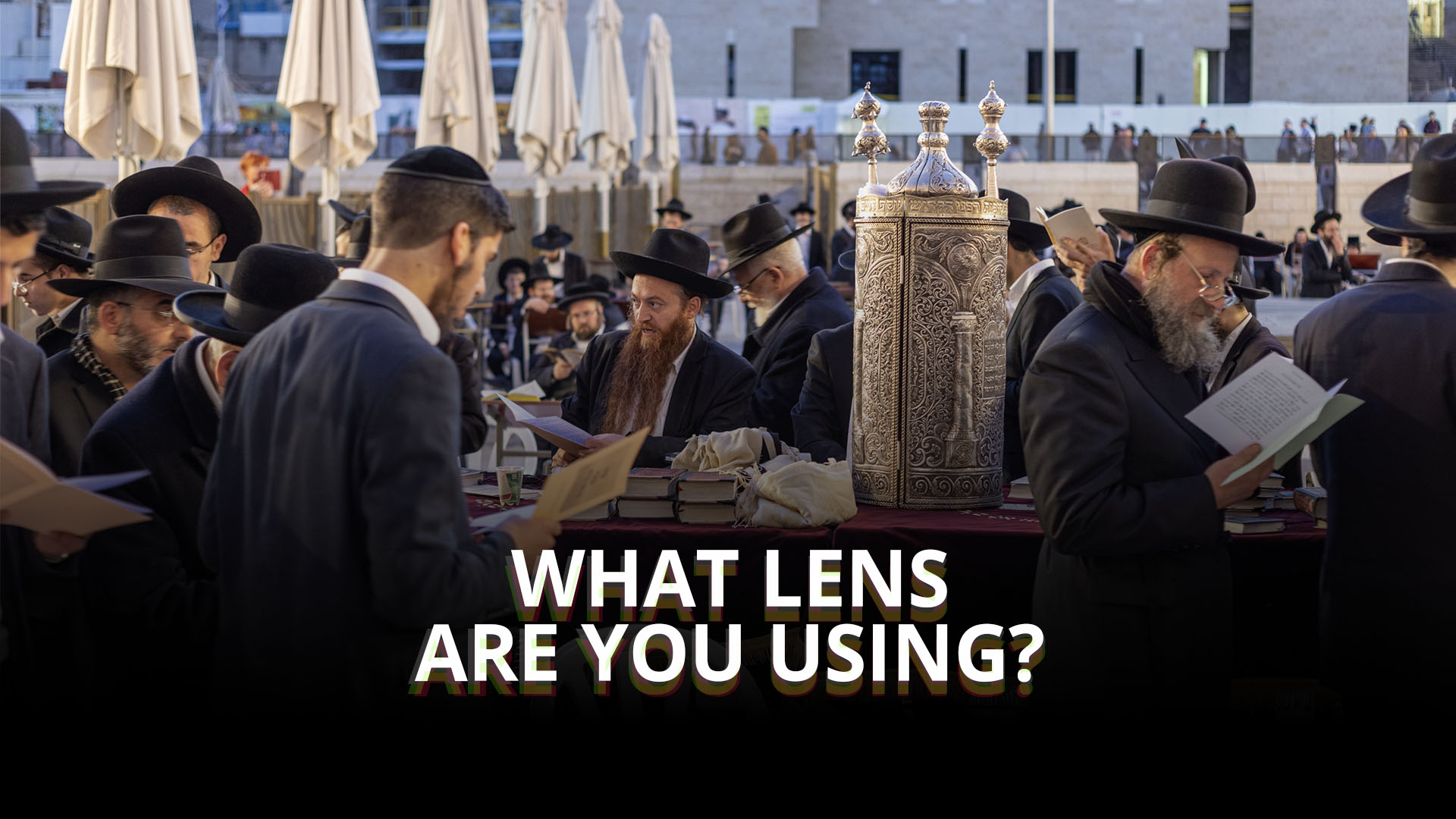 What lens are you using to read your Bible and view the land of Israel?

There are two essential aspects of the life of faith. They are the Word and Spirit. When we open up the Bible and read a passage, we should ask, even if on an unconscious level, “what does this mean?”. We will typically answer that question in light of several factors. In the previous post, we described how physically walking on the very ground where biblical events occurred can make Scripture come alive. There is, however, another critical piece to this puzzle: the lens through which we read the Bible.

I’m not writing about literal eyeglasses, though having the right prescription will help if you need them. I’m writing about the cultural lens that we read Scripture through.

We constantly make conscious and subconscious assumptions that reflect our cultural “norms.” These norms cover the spectrum of daily life. Consider breakfast foods, for instance. I once found myself in an upscale French hotel that offered a “continental breakfast” on my first trip abroad. I headed down to the restaurant expecting eggs, pancakes, and other “normal” items to discover some intimidating dark loaves of bread and cold cuts. Pastrami on rye was not what I had in mind when I left my room to get breakfast. Then I realized that, though I was traveling with a guy who had his face on a box of Wheaties, I was in a place that had never heard of Wheaties and for whom pastrami on rye, not Wheaties, constituted breakfast.

If I could be so mistaken in my breakfast expectations, how much more can we be mistaken about what we understand from the Bible if we do not at least examine our cultural assumptions?

We need to look no further than the first chapter of Genesis. Today, many camps are arguing varying interpretations about how the physical creation of the universe relates to that chapter of the Bible. Two basic assumptions fuel all of these debates. First, we presume that our contemporary concerns are identical to those of the Israelites standing at the foot of Sinai when Moses began teaching the Torah. Second, we’re prone to think God inspired the biblical text with our generation’s concerns exclusively in mind.

Without engaging the modern debates on Genesis, it’s safe to say that the Spirit moved upon Moses to answer the questions and concerns rattling in the minds of those newly freed slaves standing at the foot of Sinai.

God did not originally give the content of Genesis 1 to combat evolution.

Even a Jew as recent as 1,000 years ago asked different questions and read the text in a very different light. For instance, the Rabbinic Sage Rashi asked: why start with creation and not a commandment? His culture dictated his questions.

As much as we may want to, we will never be able to think like an 11th-century Jew, a 1st-century Jew, or an Israelite standing at the foot of Sinai. However, we can learn to recognize our cultural assumptions and begin to try to understand the cultural assumptions of others. Then we can start to ask better questions, such as, “What were the questions in the minds of the original audience?” But, of course, the best way to do this is to expose ourselves to other cultures.

And so I ask again:

• See our blog posts on Shavuot for a fuller understanding of the giving of the Torah.
• See Rashi on Genesis 1:1

Now, when you visit Israel (on a Rock, Road, Rabbi Tour) and immerse yourself in their culture, your Bible will explode with vibrancy and rich cultural textures!