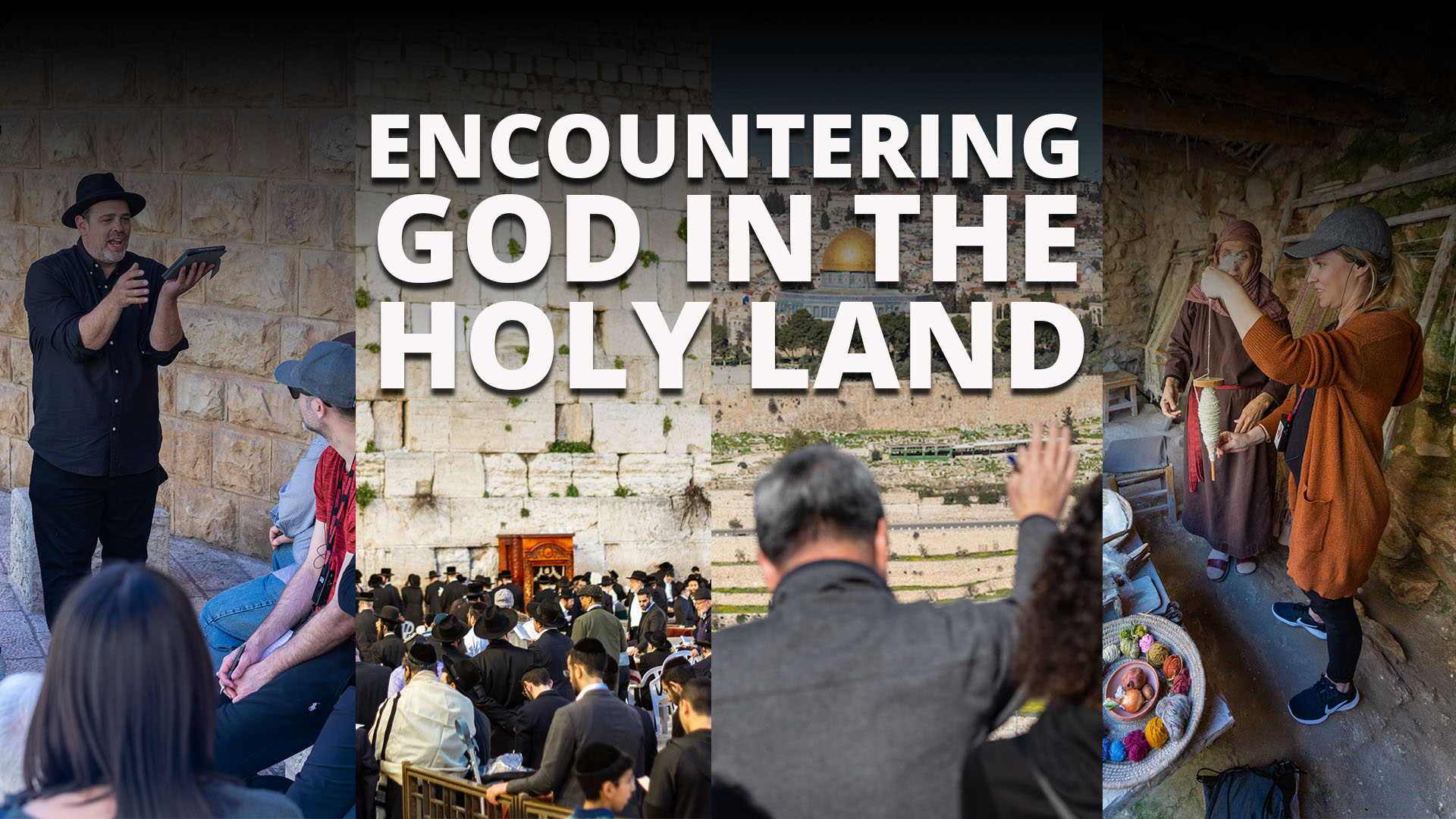 Encountering God in the Holy Land

A trip to Israel on a Rock Road Rabbi Tour would be worth twice the price for these reasons alone. However, they pale in comparison to the ways in which you will encounter God in the Holy Land, an experience of God’s presence in the Holy Land, the place of which God said, “I have…put My Name there forever, and My eyes and My heart will be there every day” (1 Kings 9:3).

But you might be thinking, “Isn’t God everywhere?” After all, Scripture states,

“One God and Father of all, who is over all and through all and in all.” (Ephesians 4:6)

“He exists before everything, and in Him all holds together.” (Colossians 1:17)

These verses (and many more like them) establish that God is omnipresent (everywhere). Yet, despite this reality, “pilgrimage”—travel to a holy site— has always been an avenue of spiritual growth for God’s people. God commanded the Israelites to make a pilgrimage to Jerusalem three times per year (see Deuteronomy 16:16). How does this work? Let me share a personal example.

In 1996 I was fortunate to attend a conference where the presence of God was supernaturally manifest in the form of a pillar of cloud on the platform! The hosts had advertised that conference as being for “serious worshipers and intercessors.” They said, essentially, the gathering was a pilgrimage for those serious about worshiping God. The Lord graciously and unpredictably blessed those who showed up at that meeting. Six months later, the hosts tried to replicate that experience meticulously. By “replicate,” they had the worship team play the same songs in the same way. Unsurprisingly, God didn’t cooperate. The presence of God wasn’t manifest as before, and, consequently, most of the conference was a letdown.

There was no hype about clouds or inexpressible levels of divine intimacy at the first gathering. Instead, that highly unusual and supernatural manifestation of God’s presence occurred in the simple context of, “if you want to worship, come.” This hunger is the heart of pilgrimage.

If you desperately want to experience God and deepen your relationship with Him, then a personal pilgrimage to Israel is one of the best ways to do that.

As the aspects we discussed in the previous blog articles begin to unfold (the Bible coming to life and the shift in cultural perspective), an alignment occurs. Couple this with a genuine hunger to draw closer to God and the intense focus of pilgrimage, and incredible things will happen.

The significance of a lack of distraction is the last point to consider.

Humans are creatures of habit. Lifestyle patterns create a sense of stability which brings us comfort in the face of life’s “stressors.” Entertainment is one way we regularly organize our environments to provide comfort. Entertainment isn’t necessarily a bad thing in and of itself, as it helps us deal with those daily stressors by distracting us from them. However, those seemingly necessary distractions can easily distract us from our relationship with God. Physically removing ourselves from these daily patterns of stress and distraction is the essence of any spiritual retreat.

Of course, we can (and should!) have rich and meaningful experiences with God in the spaces of our “everyday” lives. However, placing ourselves in exceptional spaces via spiritual retreat can position us for extraordinary encounters with the Lord. And this is the most critical point: a journey to Israel reduces those negative distractions and, in a positive sense, draws you deeper into the experience of God.

When you walk in the footsteps of Jesus and stand on the same ground where the Lord’s great power transformed people’s lives, your sense of expectation inevitably quickens. You start to imagine that those works the Messiah once did, He will do again.

This experience in a physical, geographical space can function like a powerful magnet drawing our focus to God. It transcends all distractions and encourages a fresh focus on the risen Savior. As a result, our sensitivity to His living presence increases. Our deepest desire suddenly resonates with the words of that precious hymn:

I’d rather have Jesus than silver or gold

I’d rather be His than have riches untold

I’d rather have Jesus than houses or land

I’d rather be led by His nail-pierced hand

Much like the conference I attended more than two decades ago, for the pilgrim who journeys with unadulterated, holy hunger, the Holy Land becomes fertile ground for encounters with the true and living God.

I invite you to join us in Israel! Encounter God in the Holy Land on an intimate journey with Rabbi Jason Sobel on a Rock Road Rabbi Tour. Get started at rockroadrabbitours.com 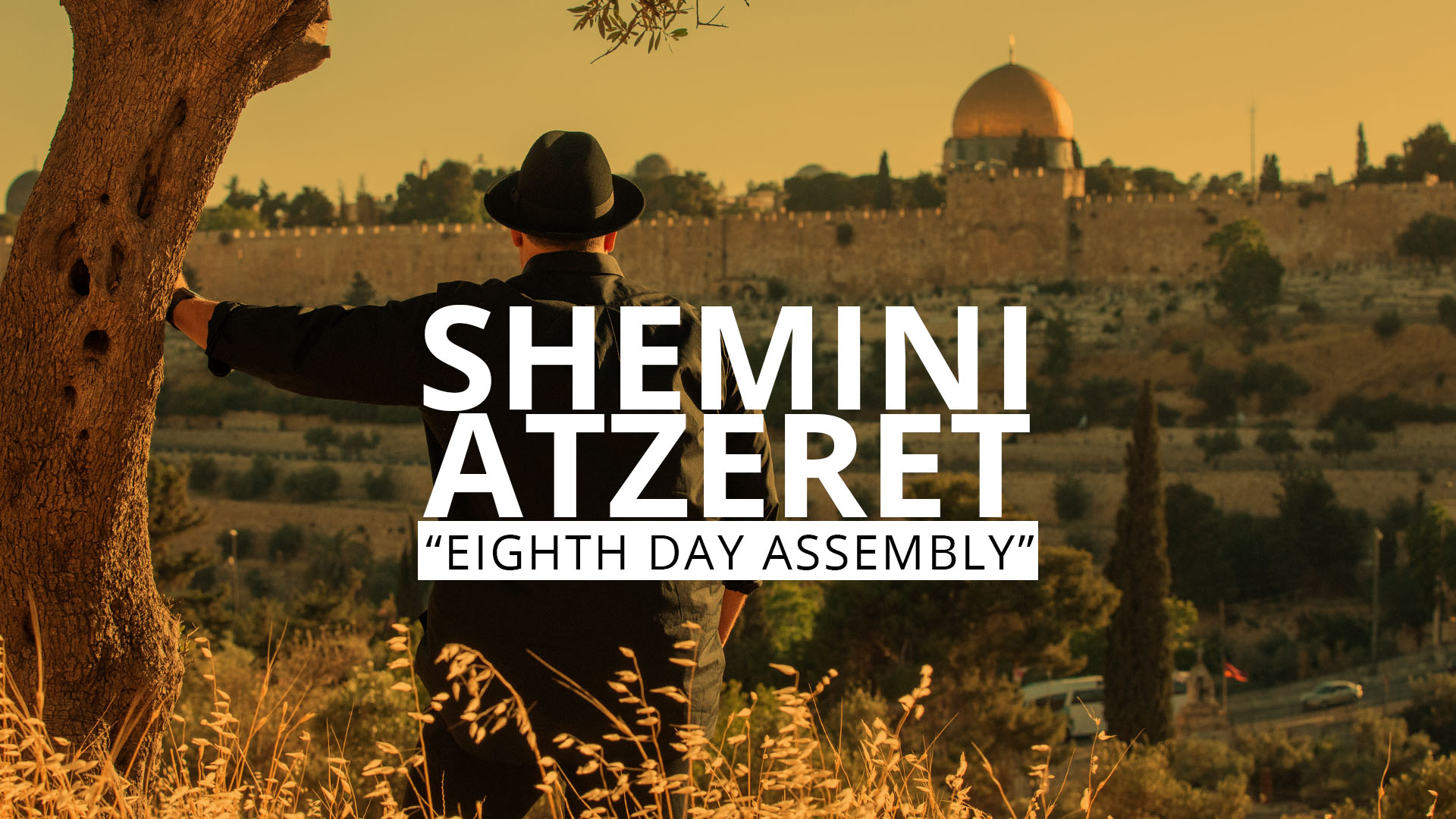