Who is Jason Sobel?

It started with an encounter. Raised in a Jewish home in New Jersey, Jason Sobel dedicated much of his life to finding truth. After years of seeking and studying, he encountered the Lord and found his true identity as a follower of Jesus (Yeshua). Suddenly, all the traditions Jason grew up with suddenly took on new depth and meaning as God connected ancient wisdom with the teachings of the Messiah.

Jason’s personal revival activated his calling to pursue revival on a global level, culminating in the mission of Fusion with Jason Sobel. He now works to reconnect Jewish and Christian followers of Jesus through relevant and inspired teaching, reigniting a first-century movement that changed the once changed the world and will again.

With a passion to infuse vibrancy into the lives of Messiah followers, Jason unlocks life-changing scriptural truths that restore the lost connection between ancient Jewish wisdom and the New Testament. His powerful teachings equip people of diverse backgrounds, creating “a-ha” moments that spark hidden connections and ultimately, transformation.

Jason walks and works with a number of influential creatives and collaborates with many spiritual, entertainment, and marketplace leaders. His unique message brings him around the world to speak at high-profile events, where he empowers a diverse audience to discover their potential and experience tangible blessing as they access their unique inheritance. 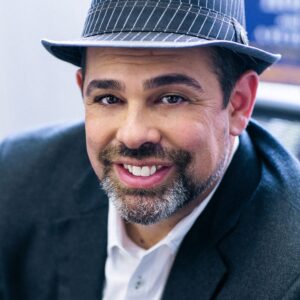 Jason received his Rabbinic ordination from the UMJC (Union of Messianic Jewish Congregations) in 2005. He also has a Bachelor of Arts in Jewish Studies and a Master of Arts in intercultural studies and is currently founder and president of Fusion with Rabbi Jason.