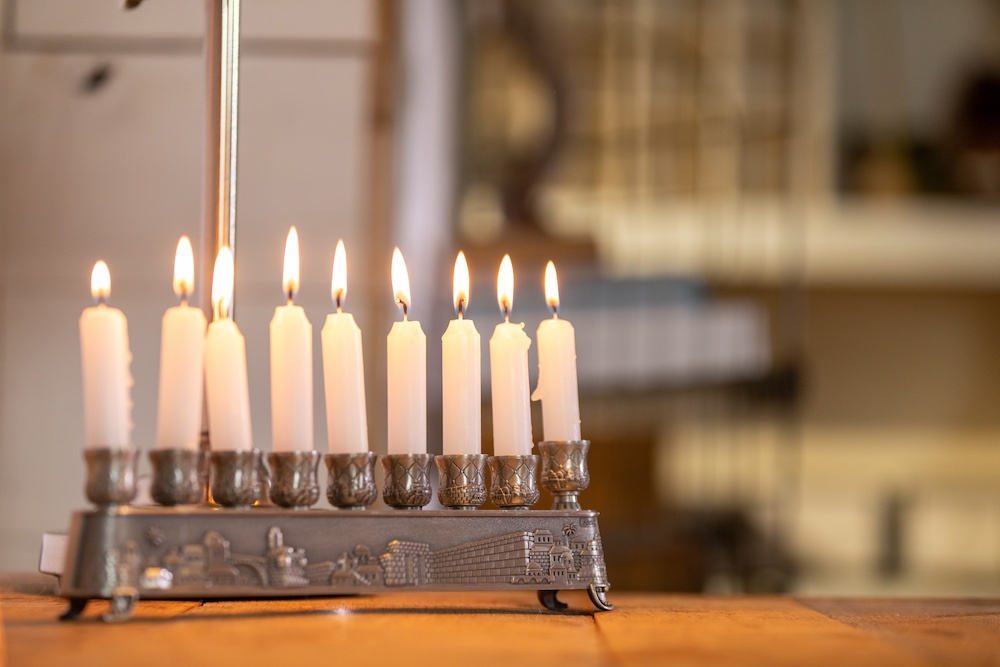 Why We Light the Hanukkah Menorah

Hanukkah is known as the Festival of Lights and celebrates a great miracle G-d performed for our ancestors. After defeating Antiochus Epiphanies, the Jewish people led by the Maccabees cleansed the Temple in Jerusalem of pagan idols and re-lit the Menorah, the seven-branched candelabra. There was only enough oil to last for one day but G-d caused one cruise of oil to burn for eight.

At Hanukkah, we remember this great miracle of multiplication by lighting the Hanukkiah, a special nine-branched Menorah and play dreidel to bear witness to this miracle throughout the generations. Yeshua celebrated Hanukkah as well with his disciples in John 10:22-42.

The dreidel or sevivon is perhaps the most popular tradition associated with Hanukkah. The reason why we play dreidel is to commemorate the two-fold miracle G-d wrought for our ancestors. The first miracle was that G-d empowered a ragtag bunch of Jewish people to defeat the greatest military force of their day.

Secondly, the L-rd caused one day’s worth of oil to last for eight.

c) ה Hey means “halb” or “half” [in Yiddish]. The player gets half of the pot. (If there is an odd number of pieces in the pot, the player takes half of the total plus one).

By: Rabbi Jason Sobel|Connections, General, Hanukkah, How To, Jewish Holidays